Hashed with C2H3 for over 15 years and have been on the Junta in various roles for over 10. The date and RV of my first hash is lost in the mists of time and possibly one too many pints of real ale to which I am known to be quite partial (C2H3 CAMRA Anorak).  My hash name is courtesy of a birthday weekend cabaret act from a few years ago and I think that was the reason I became Haberdasher in 2004 - who could ask for a more apt handle! Having messed that up due to poor spellin and over-fondness of measuring female Hashers for their shirts, I was "persuaded” to move to the On Tours role in 2009.  After arranging 6 (successful??) Birthday weekends  I think the only way the Junta thought they could get a decent Hotel was to promote me out of harms way to become GM (or Fat Controller as some say). 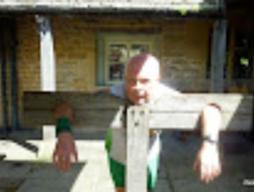 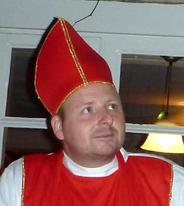 ​Mess it up (Trailmaster)

I was introduced to Hashing in 2009 and ever since have avoided the energetic side of it by shortcutting, going off trail to go scrumping, and by taking my bike (the electric variety ) on the trails.
I have achieved remarkably few runs for the length of time I’ve been a hasher.
I gained my Hash Handle by threatening to mess up a trail by rubbing out the flour, but my skills at theatre and dramatics have saved me from being expelled, and after 9 years I have been honoured with the onerous task of Trailmaster 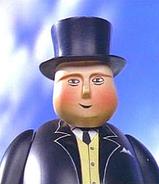 Met Kilty and was enticed along to my first hash, The Globe at Stonehouse, in the snow. Thought this is what I have been waiting my whole life for. The rest is history as they say. The best thing you could possibly do for a pound every week! Highlights include Hasher of the Year, Run OTY, Pub OTY and Mudlark awards, plus making 100 or so good friends. 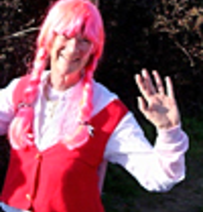 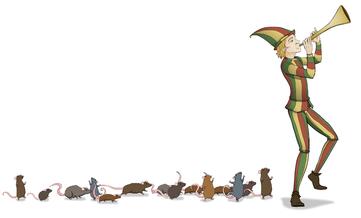 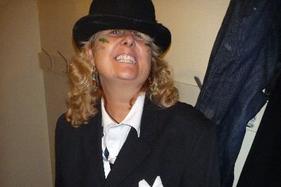 I started hashing in September 2008, my first hash being at The Norwood Arms in Leckhampton. Decibel gave me no excuse not to go as it was around the corner from my then home!  My first Birthday weekend was in Newquay in 2011 and only missed one since.  The weekend is truly fabulous and a great way to spend time with my hashing family.  I hope I can follow the grand work my predecessors have done and continue the trend of great times away with C2H3 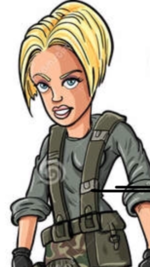 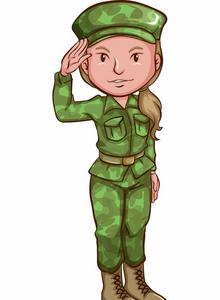 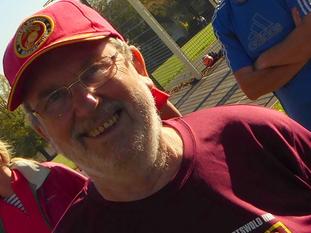 I started hashing 18 years ago in an attempt to get more exercise!  I remember my first hash in the Forest of Dean being ‘Wet and Wild’ and at the end of it being completely soaked,  covered in mud and thinking ‘I haven’t a clue what that was all about…..they’re all completely mad and I’m definitely coming again’ and I did!  My hash name is self explanatory and was given to me after  secretly disclosing  that I didn’t want a VPL in my lycra to another hasher, needless to say it didn’t stay a secret for very long.  It’s fair to say I’m not much of a runner but that doesn’t really matter. The important thing is I have made some really great friends and had the opportunity to hash with those friends at many Uk events as well as in Cyprus, Turkey, Thailand and hopefully more countries to come!  And even though my running abilities haven’t improved over the years…..my alcohol tolerance has definitely has!

Joined C2H3 a few years ago now and foolishly let it slip I knew how to how to turn on a computer, so promptly I was appointed Webmaster to look after C2H3's internet presence. I can usually be found running up hills, complaining all the way! or trying to find the biggest puddles to splash in.....

Originally dragged hashing, as a hash horror, by i-Brows in the late 80's, and did around 200 runs. Then disappeared in the early 90's, for about 15 years, as it wasn't cool to go running with your dad!! I'm usually found either jumping in mud, or moaning at the back of the pack, that the run is too long. The 1st - second generation RA, brought in to significantly lower the average age of the C2H3 Junta!!!

Got my hash handle, due to a TV ad for 'Ross' frozen Stirfry's. I Hate running, but love hashing.

I started hashing in 1992 with Cheltenham &amp; Cotswold, probably best known for
Downing a pint in a very quick time, World Champion 3 times, UK Champion since I started!
Totally mad, enjoy mud and getting down and dirty, I especially enjoy away weekends and meeting
up with like-minded hashers from all over the world.
Looking forward to counting all that money!!​

Joined the Junta as Hash Cash in October 2012 and progressed to Records in March 2018.
My Hash handle is  the result of a flippant comment about France and the Eurovision Song Contest whilst visiting Paris H3 in 2010 '